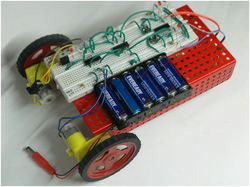 A Simple Line Following Robot
Abstract: Nowadays, every robot is done with the help of the microcontroller, and hence the circuit is too big and tough to understand. For that reason, this Intelligent Line follower robot is developed with a simple concept. This robot is a mobile device that detects and follows the line drawn on the floor. The path must be in a visible black line on a white surface.

Introduction: A line following robot is a mobile machine employed to sense and follow the black lines that are drawn on the white surface. As this robot is developed using a breadboard, it will be very simple to construct. This technique can be incorporated into the Automated Guided Vehicles (AGV) for providing the easy way of operation.

Generally, the AGV is integrated with the microprocessor and computers for controlling its system. It also uses a position feedback system for traveling in the desired path. In addition, the electric signals and RF communication are needed for communicating with the vehicle and system controller. Such awkward functions are completely not required in this line following robot, and it just uses the IR sensors to travel on the black lines. 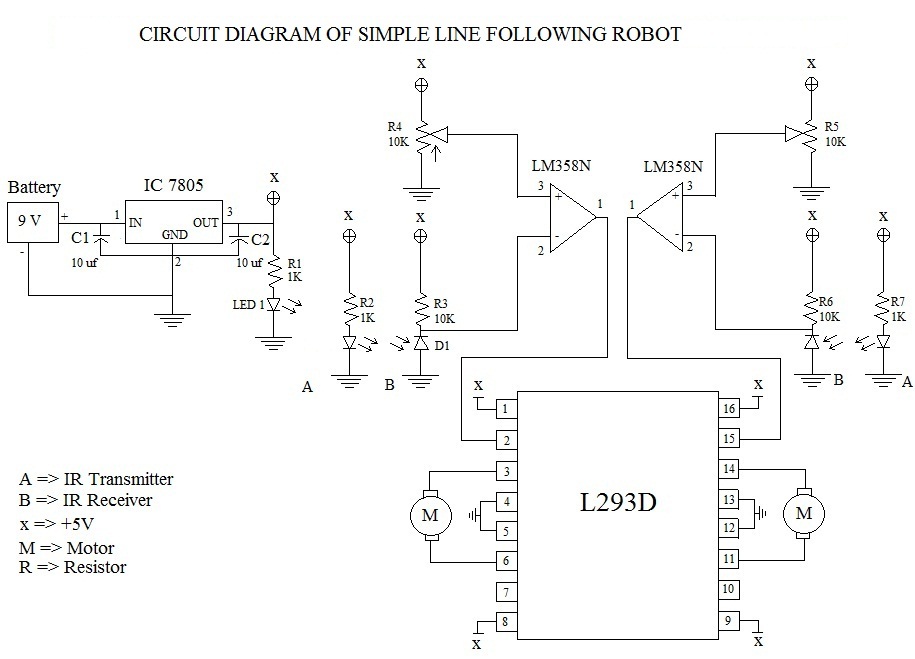 Subsequently, an IC L293D is placed in the breadboard. The first 12V DC motor four – core wire is connected to the 3rd & 6th pin of IC L293D, while the second is attached to 11th & 14th pin. The two plastic wheels are connected together with the motors. Additionally, a castor wheel is included at the front of the robot for balancing and as well as for making quick movements. The 1st, 8th, 9th, & 16th pins are given the power supply of 5V. The 2nd & 15th pin are integrated with the two IR sensor circuits.

Now, connect the battery to the circuit, and place the robot on the black lines of the white surface. The IR sensor will start sensing the black lines, and travel on it as it is drawn.

A most advantage factor in this project is that it can be developed within rs 600/- only.!!

These robots can also be developed with the help of a micro-controller. However, the connections made will be very complex to understand even for the professionals. As a result, this simple line following robot will certainly make you easy to assemble the components by just observing its circuit diagram.